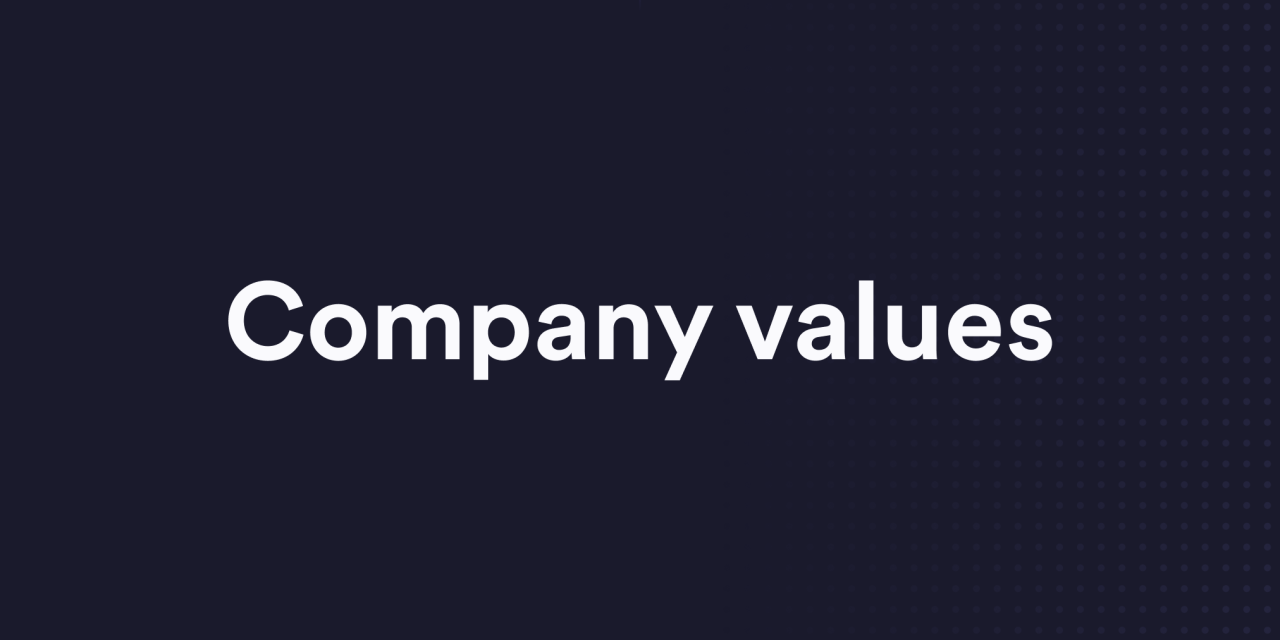 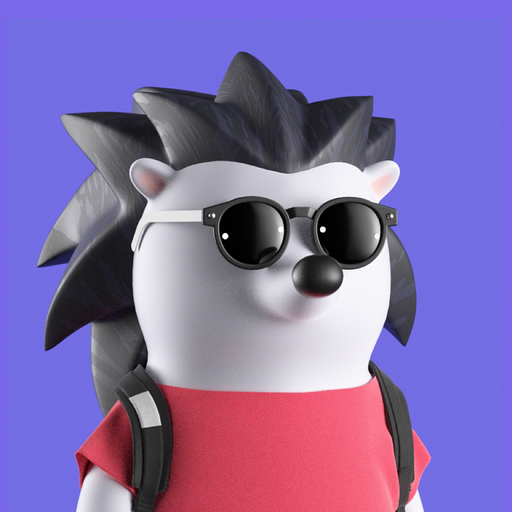 We recently took some time to define our company values for dYdX. In many ways, we have already been living these values, but articulating them explicitly proved valuable as the company has grown.

I was initially pretty resistant to having company values, as evidenced by it taking us 5 years to release them. I thought values were just one of those checkbox things you do as a company when you get big enough. But as the team has grown and through talking with some excellent advisors, I've come to realize that if done the right way values can be an excellent tool. Here's some of my ground rules thinking for how we approached the values:

Here is how we intend to use the values:

We challenge ourselves to think 10x bigger. We focus on what we could achieve, rather than trying to protect what we have. We are long term focused, and realize our goals will likely take years to achieve. We make bold decisions, and accept that we will likely not entirely achieve our goals. We are motivated by the chance that we do.

We only hire world class talent. We do not hire if we have not yet found an A player for a role. We consider an A player to be someone who is top of their field, has high integrity, and whom we genuinely like. We heavily invest in developing employees and retaining top performers.

We take ultimate responsibility for our areas of focus. We act as owners, and always push for what we each think is best for dYdX. We take initiative to champion value-add initiatives even when we are not directly told to do so. We assume authority. We think from first principles and empower ourselves to be great decision makers.

We exclusively focus on driving exponential outcomes for dYdX. We ruthlessly prioritize and continuously ensure we are working on the highest value tasks. We are not distracted by things that do not drive us towards our goal.

We believe that in order to decentralize ownership, decision making, and execution we must empower our teammates and the community with knowledge. We default to sharing as openly as we can, and prioritize clear and concise communication. We are honest and prioritize speaking plainly over sugar coating our messaging.

We believe that in almost all instances, fast is better than slow. We believe progress is exponential, and moving faster increases our exponent. We prioritize moving fast over always being right.

Each value should have a credible opposite. Why is the opposite of each of these values credible?

Think 10x bigger → Be realistic. we don’t need to build a $100b company to feel successful and be happy. If we’re always only aiming for moonshots we’re likely to miss obvious wins.

A players only → If we really need to fill a position we should! B people still provide a lot of value and we need to find a way to enable them to be successful and develop them into As. It’s also extremely hard to find & convince A people to join us, we may lose as a company because we did not move fast enough hiring or expended too much effort finding people. Also we will likely make some hiring mistakes and fire some people, and it’ll be traumatic and potentially toxic if we have to let these people go.

Ruthlessly prioritize impact → Of course every company should prioritize working on the high priority things. But, especially in a new space, it’s really not obvious what will work vs not. Some of the biggest ideas end up not being what people had intuitively thought would be big. A viable strategy is to try a lot of different things with low effort and see what works. We’ll likely miss out on some big areas for value capture (eg NFTs) because we were focused on the wrong things.

Act like a founder → Not everyone needs to act like a founder. In fact having a company where everyone feels the authority to execute autonomously can be super chaotic. We need to all move in the same direction or we will definitely lose. Further, not everyone is going to be as good a founder as the actual leaders of the company. We should enable them to think like founders, and put in place processes to efficiently execute on their direction. We should not have engineers with no product experience lead product decisions, designers with no eng experience lead eng decisions, or PMs with no design experience lead design decisions.

Decentralize through transparency → first of all many companies function better when they don’t decentralize decision making and execution. Sharing everything will let our competitors know exactly what we’re doing and why we did it. Sharing knowledge also has a large overhead both for those with the knowledge and those consuming it. And then most people probably don’t even need the knowledge / may find it distracting.

Move fast → we’re long term focused, and by our own admission can’t achieve our goals in the next few years, so why do we need to move fast? We’re also building critical and sensitive financial infrastructure, so it seems at least very challenging to balance the needed reliability and security with moving fast. We also explicitly trade off against always being right to enable ourselves to move fast, and this could lead to mistakes and significant wasted time.

How do we use the values if they seem to conflict for a given situation? eg how should we be prioritizing thinking 10x bigger with moving fast which can often require narrowing the scope of a problem?

First, the values are roughly ordered by priority with the most important ones at the top. But I think there are also ways to use all the values, or at least maximize them all for a given situation. I think of it like an optimization problem maximizing the values multiplied by importance. eg for the proposed situation, we should only building things that contribute to potential 10x outcomes, but we should start with proof of concept MVPs that give us some confidence the thing will contribute to a 10x outcome before massively increasing the scope.

So I actually pretty strongly disagree with this. If I think about moving fast in the sense of achieving, or moving towards, a given goal, constantly stopping and reevaluating from first principles if what I’m currently doing moves me towards that goal will probably get me to the goal faster than spending more time heads down executing and reasoning by analogy. If we extrapolate this across an entire org, I believe having an org where everyone spends 10% of their time getting context, then another 10% reasoning from first principles and ensuring to the best of their ability what they’re doing is optimal will make us move faster towards our goals than everyone having 25% more time executing.

Does Move fast conflict with A players only? If we’re looking for the perfect hires and prioritizing being right over hiring fast.

No, because we don’t have to be perfect with hiring if we hold everyone accountable to A level performance standards after they’re here. This is why I always say we should prefer to hire when there are some strong yes’s and also soft nos vs all soft yes’s. We prefer a good chance that a given hire could be an A player over they are very likely a solid B

With extreme ownership and everyone assuming authority there will inevitably be conflict, people moving in different directions, and making bad decisions. How do we minimize this?

We solve this by having clear decision makers and some amount of hierarchy within the company. In order to allow this value to work, the leaders must empower their team members to make decisions independently, and fail sometimes. But the leaders also need to (only occasionally) step in and make or challenge a decision. Knowing when to do this vs not is part of what makes a great leader.

And we’re all leaders. So even if you see me (and therefore anyone else) make a decision that seems bad or move in a direction that is not optimal, challenge it. If it’s reasonable and a good use of time I’ll engage or at least explain the decision.

It’s also critical we create a culture where we all trust each other to have the best intentions. This will help make the inevitable conflict that does arise much less of a big deal.

What the confidence interval is is important too. We shouldn’t be hiring with <80% confidence as it’d create way too much chaos, churn, and toxicity. And this doesn’t mean we will end up firing 20% of people either. 80% is just the lowest confidence we will accept to be a hire - the average success rate will be higher than that (and empirically has been so far!)

It’s an explicit tradeoff between hiring speed and stability/harmony. Arguably 100% confidence someone is an A player is impossible, but even 95% minimum confidence I think would slow us down too much. And this is yet another reason why prioritizing culture and great interpersonal relationships is critical.

If this resonated with you, check out our open roles!